Is aviation mental health flying under the radar? 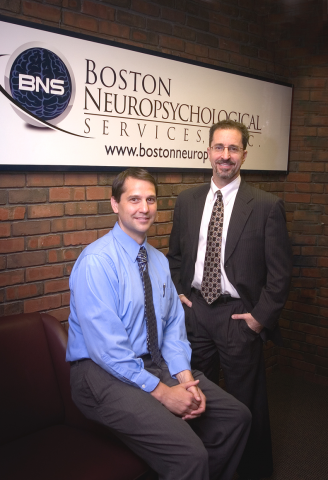 When American Airlines hired pilot Steve Churchill in 1985, the company gave him a self-questionnaire intended to screen out individuals with serious psychological problems. Delta required its pilots to speak with a psychologist as part of the hiring process. Such measures provide minimal information regarding mental health, but some psychologists believe the industry could do more.

This combination of factors demands that a pilot have good physical and mental health. Kevin A. Domingos, Ph.D., and Michael Fearing, Ph.D., of Boston Neuropsychological Services, LLC in Needham, Mass., explained that a flight surgeon conducts an annual evaluation that includes, at best, a cursory mental health assessment. Pilots are given a checklist and must self-report any existing psychological conditions and medications.

“There is a penalty of up to $250,000 and loss of pilot license if such problems are not disclosed,” said Domingos, adding that this process does “not go far enough.” He pointed out that the United Kingdom requires physicians to have special training in order to conduct screenings for pilots. “Europe has a single standard for doctors to have a specialty in aviation health,” he said.

The Federal Aviation Administration provides complex regulations and procedures for pilots receiving treatment for mental health issues. “Diagnoses of depression carry one set of requirements and treatment for other problems carries another. Only marriage counseling or consultations for another person’s problems are not reportable,” Levin said. For instance, treatment for depression of any kind may require fairly extensive testing before the pilot is allowed to fly again. “So there is a disincentive to either seek or report treatment, particularly among professional pilots whose livelihood depends on flying.”

Levin added, “Unreported ‘minor’ psychological problems may be even less frequently reported if the industry over-reacts by instituting huge changes in response to mental health concerns.” Since the FAA tends not to differentiate minor from major psychological conditions, pilots could send a red flag by requesting psychological help for even a minor problem, she noted.

In April 2010, the FAA passed a ruling that allows pilots with mild to moderate depression taking selective serotonin reuptake inhibitors to continue flying, although they must undergo screening every six months. “Pilots don’t have to disclose counseling, but do have to disclose if they are taking medication,” Fearing noted.

Some pilots cover up anxiety and depression by pursuing private counseling, Fearing added. “We don’t want to encourage ‘don’t ask, don’t tell.’ But we are reinforcing negative behavior,” he said.
In some instances, airlines employ a “check airman” who is responsible for monitoring the skills and performance of other pilots; however, this individual is not a trained psychologist, said Domingos.

Peer-to-peer counseling is also available at some airlines. Churchill reported that American Airline’s pilot’s union, Allied Pilots Association, has a program called Project Wingman that offers pilots with psychological difficulties the opportunity to get help from another pilot without going through the company. While the peer-to-peer counseling programs hold some value, Domingos pointed out that they are not well organized and are typically housed within a union. “They need to be universal,” he said. “Pilots fly international flights, not just domestically.”

Levin pointed out that although the pilot culture still discourages pilots from seeking treatment, at least the major airlines are encouraging them to seek help. “[Pilots] get paid if they are out for any illness as well,” she said.

Howard Alan Goodman, Ph.D., managing partner at Novus Vita Counseling, PLLC in Manchester, N.H., learned much about the traits of a pilot when he was in the Air Force, where he conducted qualifying experiments and worked with altitude chambers, centrifuges and pilot training. “These programs were designed to know what makes the ideal pilot. For instance, how much oxygen can a pilot withstand before passing out? Does he have tunnel vision?”

Goodman said, “But it’s difficult to characterize [pilots]. Most of us go through the motions regarding our jobs. We deal with issues as they come up, but pilots have their day planned down to the minute. They have checklists, routines and specific calculated training.”

One of the biggest challenges a psychologist who treats pilots faces is the client’s competitiveness, according to Goodman. “I have to consider the strength of their ego and recognize the level at which they associate who they are in relation to the job,” he said. “The way I talk to them has to be specific and logical. With a pilot you have to be a lot more thoughtful with your questions.”

Goodman may utilize similar treatment options for his pilot and non-pilot clients, depending on the situation. “I try cognitive behavioral therapy typically when I want to understand and challenge the pilot,” he said. “I also use rational emotive behavioral therapy. This deals with should/not/ought.” In other words, when a pilot is told he should be able to fly seven days a week, he should question the directive. “I need to figure out the pilot’s needs and match therapy to those needs.”

In addition to the aforementioned stressors, pilots often work long hours, crossing different time zones. “The sleep-wake cycle is disrupted. The pilot is also sleeping in odd places,” Fearing said. “During treatment, we work on sleep hygiene practices to help the pilot adjust to changes in time zones.”

Domingos said that the current psychological screening system is not only broken, but also unhealthy. He suggested the industry examine what other industries have done to identify and treat mental health issues. Providing pilots with a checklist and not mandating visits to a psychologist are not adequate measures, he added.

“The system needs a major overhaul. It needs to be more aggressive and enhance the vetting process and treatment,” added Fearing. “Historically, pilots know how to circumvent the process.”